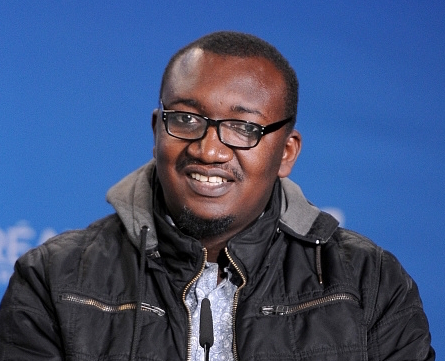 Izu Ojukwu is a Nigerian filmmaker born and raised in Jos. His training as a  filmmaker was giving the starting shot by missionaries who came to town in the early  90s. However he undertook informal tutelage under Dr Hyginus Ekwuazi; the then  Director of the Nigerian Film Institute. And he was to spend the following years  studying the various aspects of filmmaking entirely on his own and in a bid to expand  his knowledge of filmmaking, Izu proceeded to the US for a course in directing at  Mains Media in Camden Rockport, under the tutelage of Allan Myerson, a renowned  American director whose film credit includes, “Police Academy 5” “Friends” ,  “Miami Vice.

Izu is a passionate filmmaker with unwavering passion for social issues, Izu has  contributed immensely to the growth and development of the Nigerian film industry  over the past twenty years with productions that enjoyed critical acclaim in Nigeria  and beyond.