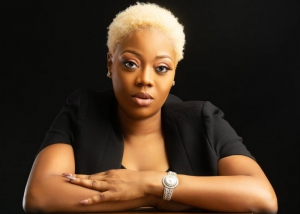 The Academy of Motion Picture Arts and Sciences (AMPAS) has reconstituted a12-man committee of Nollywood stakeholders, ahead of the 2020 Academy Awards, popularly called ‘The Oscars.’

“We don’t take this for granted. We hope the committee fulfils its original mandate, which is to give a platform to credible Nigerian films to compete at the prestigious Academy Awards annually,” said NOSC chairman, Chineze Anyaene. “We couldn’t make any submissions in previous years due to unavailability of qualifying films, but things are looking hopeful… and we are actively working towards having an entry this year.”*

Recall that Nigeria joined 82 other countries contesting the ‘Foreign Language’ diadem, now called ‘International Feature Film’ category, after an approval and subsequent inauguration of the NOSC in February 2014. However, Nollywood could not present any film for the Oscars as the few submissions did not meet basic criteria.

The ‘International Feature Film’ of the Oscars gives opportunity to Nigerian filmmakers living in Nigeria and Diaspora for a shot at the foremost creative industry award scheme globally.

Oscar committee calls for Nollywood entries ahead of 92nd edition

The Nigerian Oscar Selection Committee (NOSC) has called on Nigerian filmmakers to submit entries for the Best International Feature Film’ category of the 2020 edition of the Oscars.

In a recent statement from the committee, a Nigerian filmmaker and film get a chance to win the highly coveted Academy of Motion Picture Arts & Sciences award in 2020.

The NOSC further said that the competition which invites films of any genre is open to Nigerian filmmakers living in Nigeria or the Diaspora.

According to the Committee, each entry must be a film which is 40 minutes long and produced outside the USA.

According to Chairman of the Committee, Chineze Anyaene, for a film to be eligible, it must have, among other criteria, been released in Nigeria between October 1, 2018, and September 30, 2019, and must have been exhibited in a commercial cinema theatre for at least seven days.

She added that criteria for selection include originality of the story, good directing, acting, cinematography, and sound, while the recording of the original dialogue track as well as the completed picture must be predominantly in a language or languages other than English.

Entries received will be scrutinized under the eligibility rules and the nominated film will represent Nigeria at the Academy Award 2020.

The Committee also apologises for the late announcement which they said was due to delay in approval for the reconstituted 12-man committee by the Academy.

The Nigeria Oscar Selection Committee (NOSC) had announced its selection of ‘Lionheart’, Genevieve Nnaji’s directorial debut movie, as Nigeria’s submission for the 2020 Oscars in a move that spurred mixed reactions among Nigerians amid a comparison frenzy. On Tuesday, the committee similarly announced that it had submitted the selection to the 92nd Academy Awards’ ‘International Feature Film’ category — as the shortlist of ten films is set to be made known on December 16, while nominations come on January 13. In view of these developments, Chineze Anyaene, a renowned Nollywood director and producer, who chairs the NOSC, engages TheCable Lifestyle in an interview where she talked on the rationales that informed the choice and its plans for both Nigerian filmmakers and the Nollywood industry at large.

To that effect, I brought people together from different spheres of the industry: cinematography, directing, editing, distribution. And we submitted a list of the committee members to the academy and they had to vet the people’s profession before they approved the list.

Following that the NOSC was inaugurated in 2014, why has no Nigerian movie made it to the Oscars before now?

When we inaugurated the committee, we did lots of press conferences and releases. We sent out releases every year from 2014 up until last year. We didn’t send in 2018 because the committee was dissolved on account of us not submitting a movie for five consecutive years.

Some screened publicly before they got to the cinema and that can also disqualify you. When we considered all these minute requirements, we found that people are not even aware of these things that could disqualify them and they do them blindly.

What was it that was exceptional about Genevive Nnaji’s ‘Lionheart’ that prompted its selection?

As soon as we got the letter that our committee had been approved for the 92nd Oscars, following our re-application after the dissolve, we had about three weeks to make a submission. So we put out press releases, got about 14 submissions, and screened these till we were down to six.

People need to understand that it’s a 12-man committee comprised of professionals from different spheres of the Nollywood industry. We gave each committee member a screener to watch. After that, we converged in a conference, discussed at length, and had a secret ballot voting.

Genevieve’s movie came first. Every committee member who voted for her film must have had personal reasons. And there are many other reasons for which a movie would qualify because we are given a list of that by the academy. We analyzed each film to figure out if they met the requirements.

Genevieve’s ‘Lionheart’ was Nigeria’s only international export. It was the only film among the six that had screened in a top festival. It was Nollywood’s first Netflix original. That should have been the first. When you consider the production value of that film as well, you would see that it was.

Other films had similar advantages and a fair chance of getting selected. It was a very tough decision to make. It was all talking for hours, not as if the film just beat the others. But, as I said, I’m sure every committee member had various reasons and criteria which eventually prompted their voting ‘Lionheart’.

Do you think Nollywood stands a chance, having to compete with 92 exceptional entries from around the world?

This question has always been coming back to hunt me (laughs). We have amazing filmmakers around the world. Each has always had to cross paths with the Academy and lobby to have their film put out there for a fair chance at winning.

This is our first and the same goes for Ghana and Uzbekistan. Of course we’re still babies in this competition. Are we learning? Yes. Does this teach Nigerian filmmakers to up their game? Yes. But, as to whether we have a shot at winning, we can only keep our fingers crossed and watch events play out.

What significance should these developments hold for Nigerian filmmakers?

I think filmmakers need to step up their game like I earlier said. You don’t just make a film and submit. The competition isn’t limited to the confines of Nollywood. We have the likes of England, France, Germany, South Africa and other strong filmmaking countries coming on board.

It is important that we start with good stories. Every film, irrespective of the industry, is driven by a unique story the filmmaker has to sell. There’s also the need to meet the basic technical requirements. Nigerian filmmakers also need to start sending out their films to big festivals because that would help as well.

We all need to understand that this is all about professionalism. Things can be achieved. They need to go on the website and read up on the basic quality control for the Oscars. There are amazing stories that have not been told. We need to retrace our steps, tell good stories.

What is the NOSC doing to nudge more of our indigenous movies into to the global spotlight?

This is the first step in the right direction. People are already aware that the NOSC exists. The committee is working to start scheduling training sessions and workshops. We’ve spoken to the Nigerian Film Corporation (NFC) and they are willing to work with us to make sure our stories are told professionally.

As other countries have it, we’ll definitely be needing the government and the ministry of information on board to achieve more and we’re already working towards that. Once we get a win, lots of cultural exchange would happen that would open doors to the many talented filmmakers we have in the Nollywood industry.